Nepal is globally renowned for trekking because the country basks on the lap of the majestic Himalayas. Almost all trekking regions have mountain passes, and some of the trekking routes are recognized for its mountain passes. A mountain pass is a route that is used for crossing a mountain, and in Nepal, it is commonly called "La." Generally, it is shaped like a horse saddle and sits between mountains, separating two remote regions.

For many generations, mountain passes have played a significant role in trade and migration between Nepal and Tibet. In modern times, the mountain passes are gateways to basecamps, and in some trekking routes, it is the highest altitude trekkers can reach. The passes add challenge and adventure to various trekking routes around the country.

Additionally, the passes can be considered as the best viewpoints to see the sublime and majestic mountains. Each trekking region has at least one mountain pass that is renowned for its beauty and difficulty. For example, in the Annapurna region, the most popular and frequently crossed mountain pass is the Thorong La Pass.

1.    Thorong La Pass – Annapurna
The Thorong La Pass is situated at 5,416m and is also considered as the entrance to Annapurna. Khatung Kang (6,484m) and Yakawa Kang (6,482m) are the two mountains that form this pass. It connects Manang and Muktinath while divides the two distinct river valleys of the Annapurna region i.e., Marsayangdi and Kali Gandaki.

It is the highest point you can reach in the Annapurna Circuit Trek, and the route is graded as strenuous. So when you reach the top of the pass, it will be a glorious success that you'll not forget for a long time. To reach here, you need to cross the Thorong Phedi. 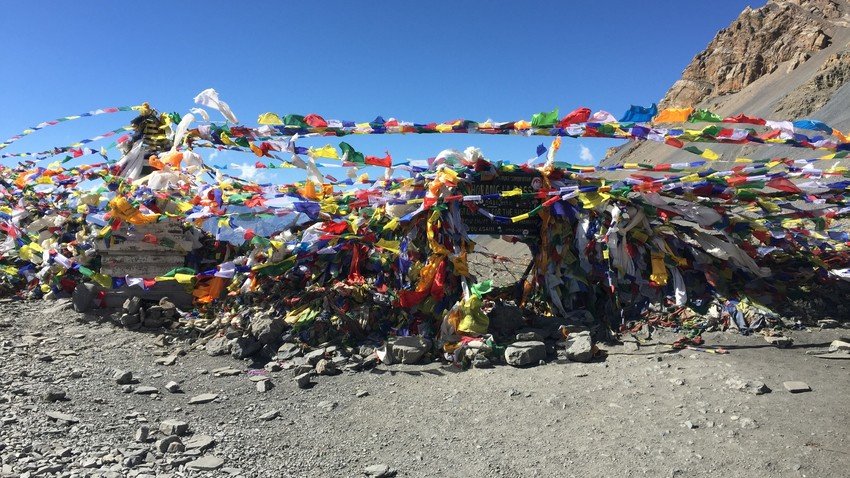 Along with the mountains, you also get to see magnificent views of the Annapurna region. It is a bit narrower in comparison to Thorong La Pass, but the mountain views are marvelous. From Kang La Phedi of Nar Phu Valley, you reach the top of this spectacular pass, and after crossing it, you arrive at Ngawal village. It was opened to trekkers in 2003 and is considered a restricted area, so you need a special permit to reach here.

3.    Mesokanto La Pass – Annapurna
Mesokanto La Pass, also known as Tilicho Pass for many, is situated at 5,099m and lies northwest to the Tilicho Lake in the Annapurna region. The pass offers scenic views of Manaslu (8,156m), Dhaulagiri (8,167m), Annapurna I (8,091m), and other neighboring mountains.

The Tilicho Lake (4,912m) is located along the trail to this pass, so you can get to enjoy many scenic views. The trail to this pass is desolated, and some people consider this pass more difficult that Thorong La Pass. After crossing the pass, trekkers arrive at Jomsom. Hence the Mesokanto La Pass connects two districts, Manang to Mustang.

4.    Cho La Pass – Everest
Among the three high passes of the Khumbu region, the middle or second pass is Cho La Pass, which is situated at 5,420m. This pass is graded as technical and is considerably steeper as well. You may need trekking gears like crampons and microspikes to cross this pass. The rocky terrain and snowy path make this pass more adventurous.

The Cho La Pass is the closest one to Everest Base Camp. As it is located between two popular destinations of the Khumbu region i.e., Gokyo Lakes and Everest Basecamp, trekkers frequently cross it. 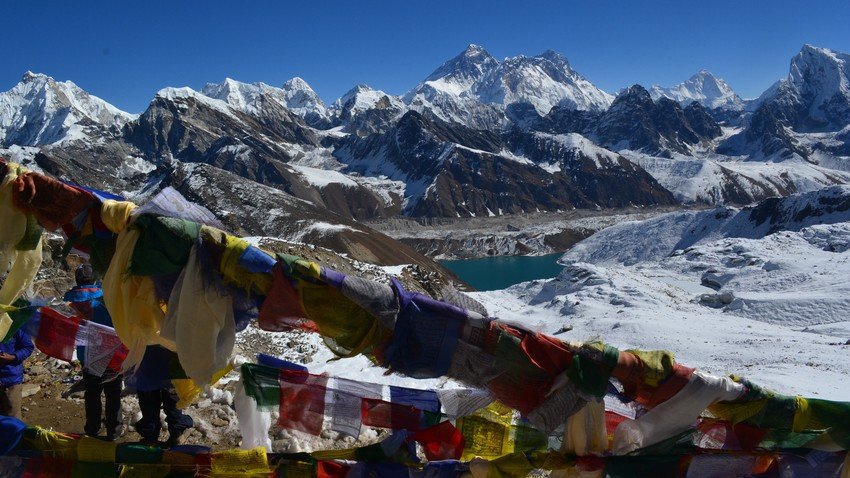 7.    Larkya La Pass – Manaslu
Larkya La Pass is situated at 5,135m and is the highest point in Manaslu Circuit Trek. Many trekkers include the Larkya La Pass in the list of beautiful mountain passes of Nepal. It is considered challenging due to the unpredictable weather of the region and rocky terrain. Despite the challenges, the pass doesn’t fail to meet its reputation for giving the most breathtaking sceneries.

From the pass, you can see picturesque views of Larkya Peak (6,249m), Manaslu (8,156m), Ratna Chuli (7,128m), and many more. This pass is located between Dharmashala (Larke Phedi) and Bhimthang. The route to Larkya La Pass starts from Gorkha. In the Larkya La Pass trek, you walk through a wide range of vegetation, starting from sub-tropical forests to the alpine region and finally glacial area.

This pass is usually included in the Gosainkunda Lake Trek and is the highest point you reach in this trail. You reach this pass after crossing the holy lake of Gosainkunda. After crossing the Lauribinayak La Pass, you enter the Helambu region and trek towards Melamchi Valley. Compared to other mountain passes of the country, it is relatively shorter and easier to do.

The Salpa Pass trek is one of the lesser-known trekking routes of the region, so it is less crowded and is a moderate trekking trail. The trail starts from Tumlingtar and goes into Arun Valley, following the Arun River. In ancient times, the local people used this route to trade local agricultural products from Namche Bazaar to Tibet.

Conclusion
Mountain passes make any trekking route adventurous. Besides the passes mentioned above, there are several more scattered throughout the various trekking regions waiting to be explored. Depending on the trekking region, each pass has its charm that provides the best views of the surrounding area. It is no easy feat to climb to these passes, but once you reach the top, the view itself is enough to reward you for your fatigue and effort. Trekking through various terrains and villages, you start to understand the importance of mountain passes in the local people's daily lives. From the mountains to the culture, the mountain passes certainly highlight the unique and pristine beauty of the Himalayan region.