Trekking in Nepal is one of the best adventures in the world. Because of Nepal's beautiful geography, rich cultural and religious diversity and its Himalayan opulence, trekking in Nepal is an unforgettable affair. Likewise, there are many destinations for trekking in Nepal as well, each distinct and unique in their own way. There is something for people of all preferences in Nepal pertaining to the level of difficulty of the trek, the trek duration, and the trek location.

Corresponding to that, Nepal is visited every year by thousands of visitors who undergo trekking in various parts of the country. Among the many trekking destinations, the Khumbu's Everest Base Camp Trek and the Annapurna Base Camp Trek in the Annapurna region are two of the most popular ones. Likewise, there are also plenty of off-beaten trekking destinations as well where there are fewer crowds, like Upper Mustang and Dolpo.

Nepal is also a multi-lingual and a multi-ethnic country. Each different location is occupied by the local ethnic groups who practice their own traditions and have their own way of life. Thus, trekking in Nepal is a great way to get to know about the country's fascinating culture along with enjoying the natural and Himalayan beauty. Here are the top 10 best treks in Nepal:-

All the while during the trekking journey, the trekkers are greeted with magnificent views of the Everest mountain massif. It is a great way to enjoy the Sherpa culture, as well as the Khumbu, is the home of the ethnic Sherpa people of Nepal. Similarly, the Gokyo Everest Base Camp Trek also goes through the Sagarmatha National Park- a UNESCO Natural World Heritage Site. Famous highlights of the trek include the renowned town of Namche Bazaar, Tengboche Monastery and the vantage point of Kalapatthar. It is a moderate trekking journey, best done during the spring and autumn months. The duration is about 19 days. 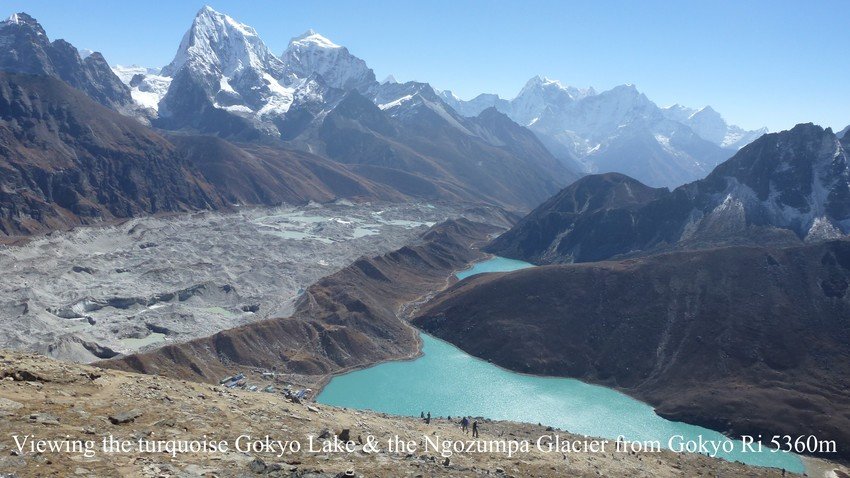 The trek starts from Pokhara, with the trail going through the ethnic Gurung and Magar settlements of the region. From Pokhara, the trail leads to Ghorepani and the Machhapuchhre Base Camp. The trek also includes the Annapurna Base Camp. Beautiful villages like Ulleri, Chhomrong and Ghandruk make the trail a pleasant journey, with the views of mountain peaks like Machhapuchhre, Hiunchuli, and Gangapurna among other Annapurna massif tower over magnificently. The Annapurna Sanctuary Trek is a moderate trekking journey that has a duration of 14 days. 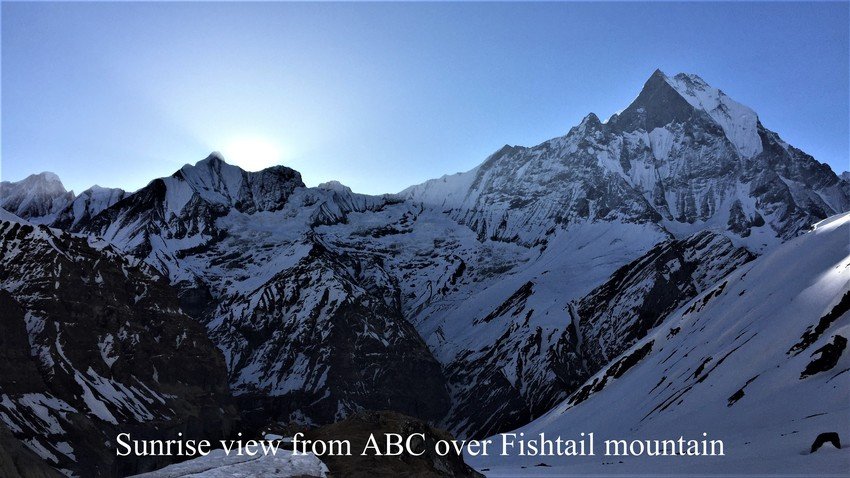 Famous sites of the Langtang Valley Trek include the Buddhist monastery of Kyanjin Gompa which lies beautifully beneath the Langtang Lirung Mountain, the famous Cheese Factory and the ethnic Tibetan Buddhist culture of the villages. Due to the Langtang valley trek being an off-beaten trekking trail, it presents an untouched environment. Trekkers also go through the Langtang National Park, home to many species of endangered animals like the Musk deer and the Red Panda. The Langtang valley trek is a moderate trekking journey lasting to about 11 days. 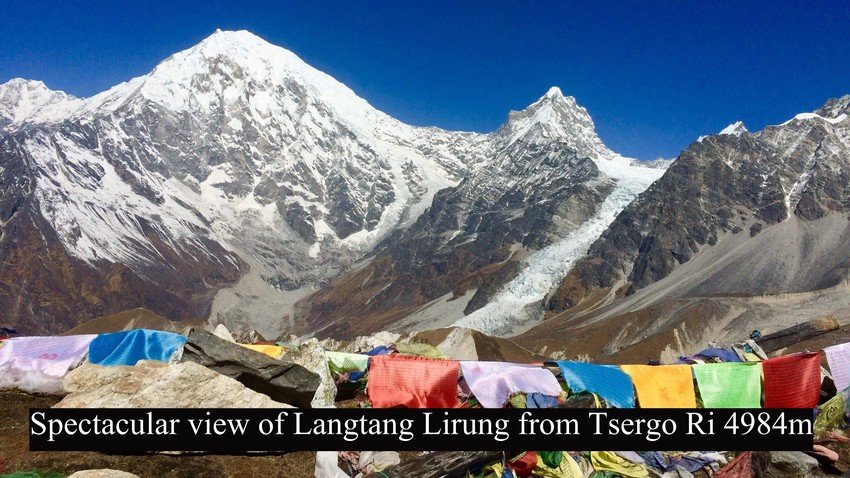 You trek to the Manaslu Base Camp, the base camp of the 8th highest mountain peak in the world. The trekking trail also includes crossing the Larkya La Mountain Pass and passing through many ethnic Buddhist villages where ethnic Gurung people reside. Himalayan peaks like the Himlung Himal, the Cheo Himal, and the Larkye Peak among many others are present throughout the trekking journey. The best time to do the Manaslu Circuit Trek is during the spring season lasting from March to May and the autumn season from September to November. The duration of the trek is 17 days. 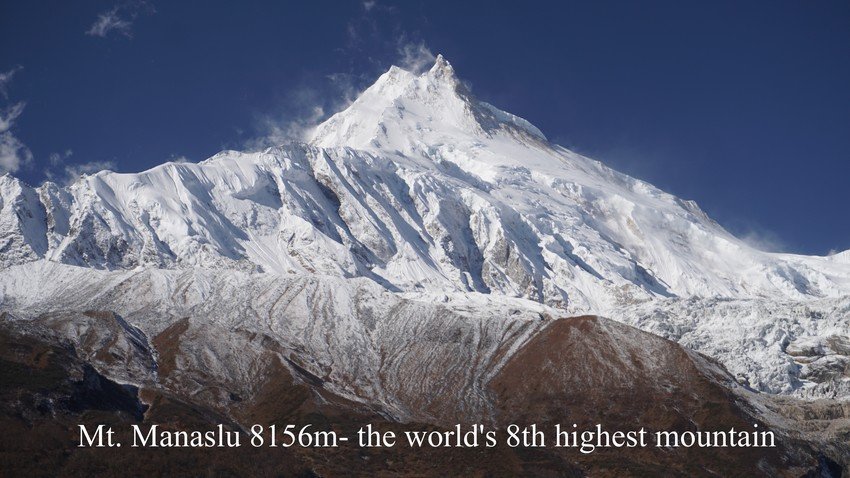 The route to the Kanchenjunga base camp presents a diverse landscape that ranges from alpine grasslands to sub-tropical forests, low river valleys and glacial moraines. Mountain peaks such as Lhotse (8516m), Everest (8848m), Kanchenjunga (8586m), Makalu (8481m) and many others can be seen through the trekking journey. The region is inhabited by ethnic Sherpa, Rai, Limbu and Gurung people, which provide a great opportunity for trekkers to understand the people's culture and lifestyle. 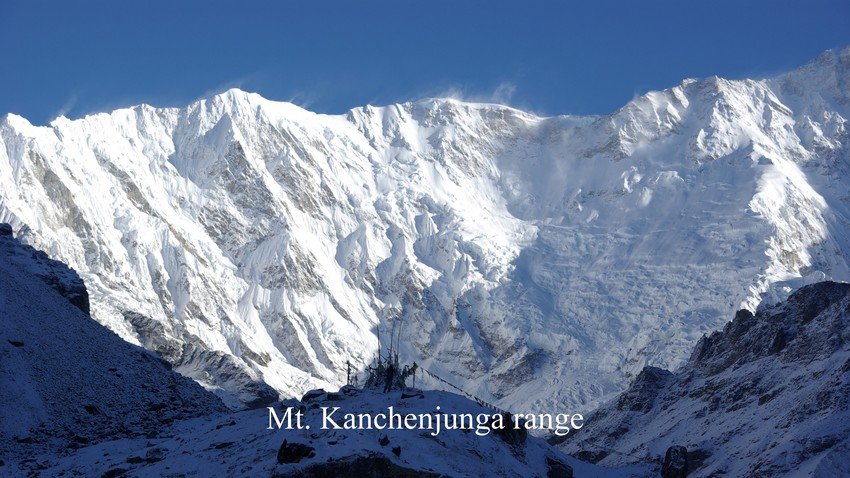 6. Nar-Phu Valley Trek combined Annapurna Circuit
The Nar-Phu Valley Trek takes place in one of the most remote parts of Nepal, while the Annapurna Circuit is one of the classic treks of the country. The trekking journey combines the two destinations to present an unforgettable adventure. It takes you to Manang where the villages of Nar and Phu provide amazing opportunity to enjoy the natural environment of the region along with its distinct ethnic culture. A special restricted area permit from the Government of Nepal is required for trekking in the Nar-Phu valley.

The trek begins from Jagat and continues to villages like Koto, Meta, Phu, Nar, and Ngawal. It joins the Annapurna Circuit and ends at Jomsom, passing the Thorong La Pass (5416m), the highest mountain pass in the country. The duration of the Nar-Phu Valley Trek combined Annapurna Circuit is 17 days. It is a rather strenuous trekking journey. 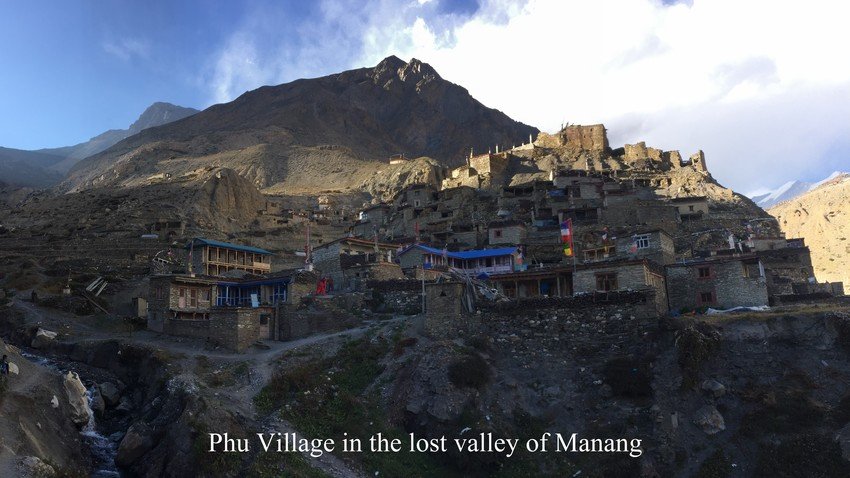 The Upper Mustang region is situated in the rain-shadow zone of the Annapurna and Dhaulagiri mountain peaks and thus receives very less rainfall. As such, it is perfect for monsoon trekking. Due to less rainfall and the constant wind, the soils and sand dunes of Mustang are eroded and they form some of the most bizarre and fascinating rock formations in the world. The duration of the Mustang Circuit Trek is 16 days. It is a moderate trekking journey. 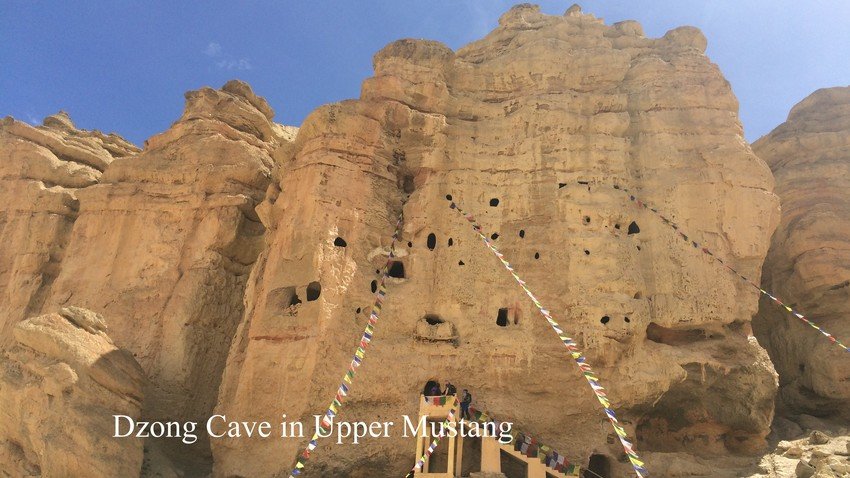 8. Inner Dolpo Trek
Inner Dolpo is located in the mid-western region of Nepal. It is certainly one of the country's best trekking regions, as it is the home of the sapphire Phoksundo Lake. Steep valleys, Tibetan village settlements, lush green forests, and arid landscapes are presented dramatically during the Inner Dolpo Trek.

The 26-days trek begins with a short flight from Kathmandu to Nepalgunj, and then another flight to Juphal. The trek begins from Jhupal to Suli Gad and Phoksundo River, passing through dense alpine rhododendron forests until finally reaching the beautiful Phoksundo Lake- the deepest lake in Nepal. The trekking duration is 26 days. It is a difficult trekking journey. 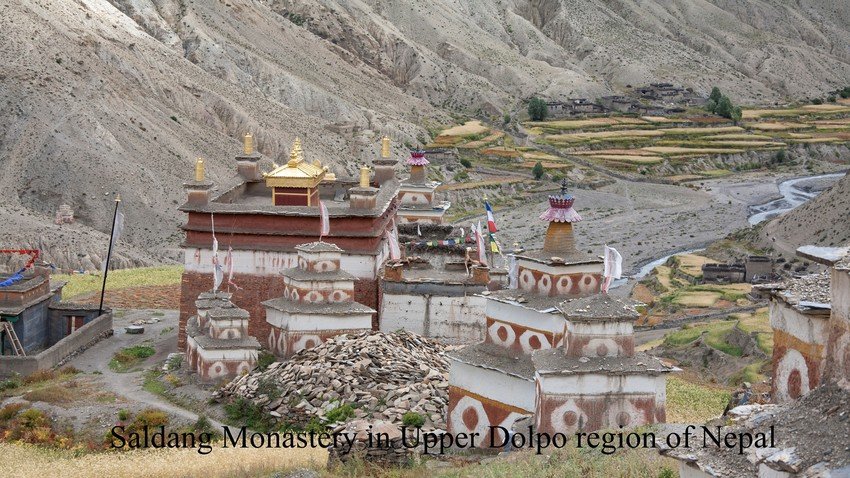 9. Rara lake Trek
An off the beaten track, the Rara Lake trek takes you to the beautiful Rara Lake situated in the Rara National Park in the remote mid-western region of Nepal. Gaining a lot of popularity among both domestic and foreign travelers, the Rara Lake Trek presents great beauty and tranquility exhumed by the lake itself.

The trek starts with a flight to Nepalgunj and then to Jumla. The highest altitude reached during the trek is at Ghurchi Langa Pass (3450m), which is surrounded by alpine trees. Rara National Park is also a sanctuary to many rare species of wild birds and animals. It is a 17 days journey and is difficult. 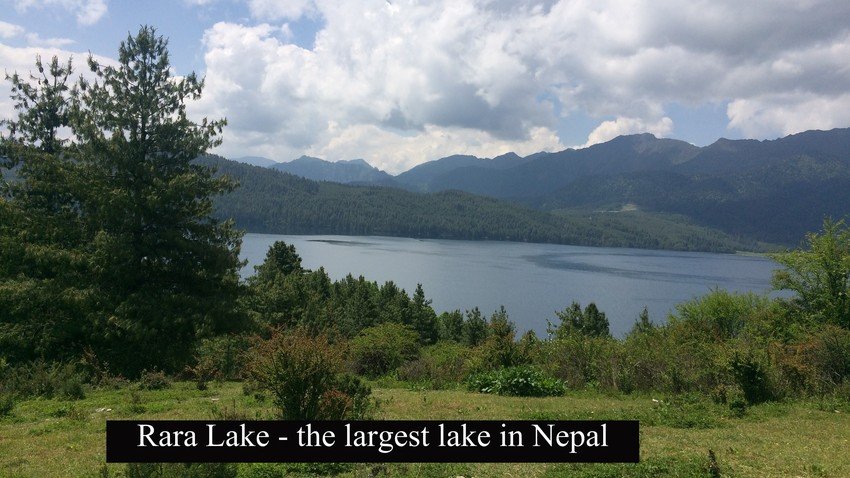 10. Tso Rolpa Lake Trek
The Tsho Rolpa Lake Trek is one of the least visited trekking routes. It is located in the Rolwaling region and takes you to the largest glacial lake in the country- the Tsho Rolpa. The trek also features the panorama of the Gaurishankar Himal (7134m). It begins from Dolakha, near Charikot. It is situated an eight-hour drive away from Kathmandu. It is for 17 days and is strenuous.

There are many treks in Nepal, best for all seasons and people of all preferences. Trekking in Nepal can be done throughout the year. It is the best holiday destination that should not be missed out on. 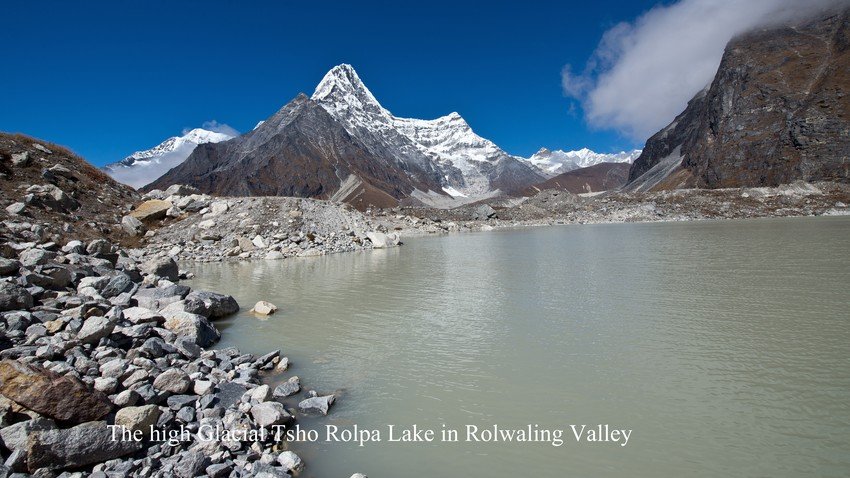