The peak trekking seasons in Nepal are the spring and the autumn seasons, which last from March to May and September to November respectively. Retrospectively, the monsoon season is not considered ideal for high-altitude trekking in the mountains for reasons that relate to wet and slippery trekking trails, poor visibility, and cancellations of flights. However, that is not to say that monsoon trekking in Nepal cannot be done. As a matter of fact, there are certain trekking adventures in Nepal that are not affected by the monsoon, making them quite suitable to be done during the country's rainy months.

For the most part, monsoon trekking in Nepal is not difficult. It can be done by people of all age and experiences. People who have a limited time to spend in Nepal and are only able to visit during the monsoon months from June to August can choose monsoon trekking adventures. Most days from June to August in Nepal are cloudy with heavy rainfall and incessant summer showers. About 80% of the annual precipitation in the country falls between June and August. However, the amount of monsoon rain generally declines from east to west. As such, there are certain trekking adventures that are the best for the monsoon, as given below-

1. Upper Mustang Trek
The Upper Mustang Trek is perhaps one of the most famous cultural treks of Nepal, as well as a popular monsoon trekking adventure. Mustang lies north of the Annapurna and Dhaulagiri Himalayan ranges, with the Kali Gandaki Gorge, one of the deepest gorges in the world, towards its west. The Annapurna and the Dhaulagiri ranges make Mustang a rain-shadow zone, perfect for monsoon trekking. 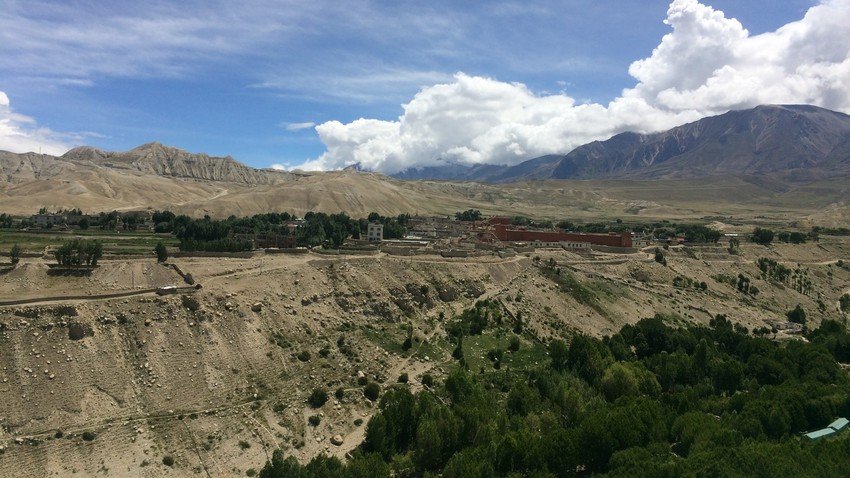 Monsoon trekking in Upper Mustang is like experiencing one of the last frontiers of a Himalayan enclave that has changed very little for centuries. Its remoteness, the landscape, and sociocultural assets serve as a rich trekking resource. Owing to its rich religion and unique culture, fragile environment and restricted status until only a few years ago, the area has always been veiled by an aura of mystery. The Upper Mustang Trek starts with a flight to Pokhara from where the trekking trail takes you to Jomsom. You can also opt to fly to Jomsom as well, as this is an easier and a quicker option. From there, it is a beautiful and culturally rich adventure to places like Kagbeni and Lo Manthang. The duration of the trek lasts for about 16 to 17 days.

Nar-Phu Valley trekking presents trekkers with a chance to encounter a beautiful and unique culture of remote Nepal, with the valley having its own dialect that differs from that of the people who follow Tibetan Buddhism and the Gurung. Nar-Phu Valley trekking requires a special permit from Nepal Government. The trek begins from the traditional village of Jagat and the trekking trail continues to remote settlements like Meta, the village of Phu, the village of Nar and Ngawal among others. The Annapurna and the Kangaru Himalayan range towers over the Nar-Phu Valley and makes trekking here quite pleasant, albeit strenuous. The trek also prominently features the chance to experience the Bön culture of Nepal. The duration of the Nar-Phu Valley Trek is about 16 to 17 days.

3. Tsum Valley and Manaslu Circuit Trek
The Tsum Valley is a sacred Himalayan pilgrimage valley situated in northern Gorkha. Trekking trails in the Tsum Valley are strewn with artistic Chortens and lined with Mani walls made of thousands of stone slabs carved with drawings of deities and inscribed with prayers. Traditionally, the valley was a culturally distinct geographical area called ‘Tsum Tso Chuksum’, which translated to "thirteen provinces". The ancient remains of the Tsum Kingdom are still visible today. The valley is uniquely rich in wildlife; Ghoral and Thar congregate in herds of 50 to 200. Likewise, the valley also boasts some unique and historic monasteries, including Rachen Gumba and Mu Gumba, which lie on a plateau nestled in the valley's lap, and the Gumba Lungdang, situated at the base of a conical hill against the main slope of the Ganesh Himal. 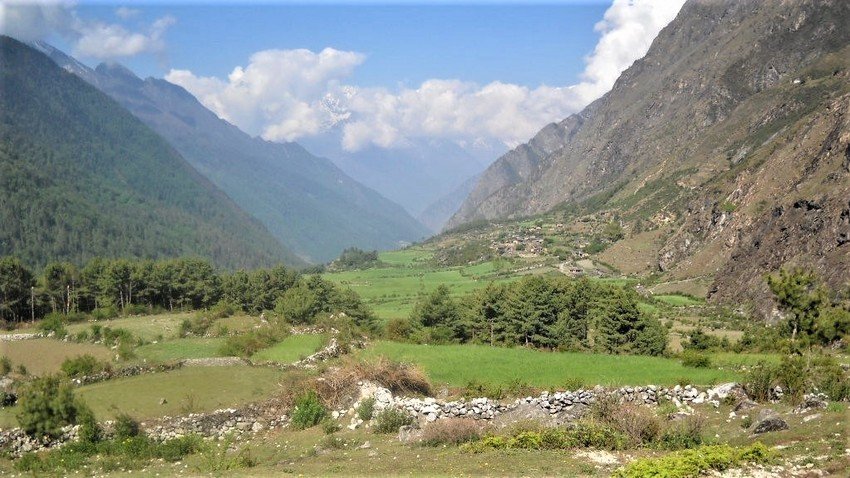 The Tsum Valley and Manaslu Circuit Trek start with a trek through the villages beside the Soti Khola, with the path going alongside the Budi Gandaki River. The trail connects to the Manaslu circuit and ascends through several ethnic villages. One of the highlights of the trek is crossing the Larkya Glacier and the Larkya-La Pass (5160m). The duration of the trek is about 22 days.

4. Phoksundo Lake Trek
Located in Dolpo, the Shey Phoksundo Lake in Nepal is considered as one of the most beautiful and exotic trekking locations. Lying in the rain shadow zone of the Himalayas, the landscape resembles that of the Tibetan Plateau, perfect for monsoon trekking. 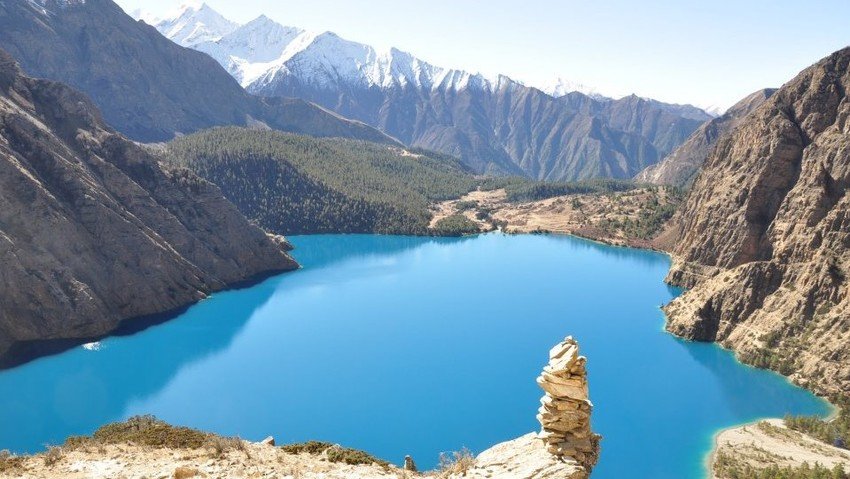 With a flight to Nepalgunj, the Phoksundo Lake trek starts with the trekking path that leads to many ethnic villages like Juphal and Dunai among many others. Nepalgunj lies in the lowlands of western Terai, just 8 kilometers away from the Indian border. Juphal is often the starting point of the trekking journey, which is accompanied by the view of the mesmerizing Kanjirowa Himal. Although Dolpo occupies about 15% of Nepal, it is still one of the least explored regions of this country, opening for trekking as recent as 1989. Furthermore, the Dolpo region is protected by the Shey Phoksundo National Park and trekking here presents the chance to encounter and experience the preserved ecosystem and exotic wildlife that are considered close to extinction in other areas, like the blue sheep and the snow leopard. The duration of the Phoksundo Lake trek lasts for 11 days. It is a moderate trekking journey best for the monsoon. 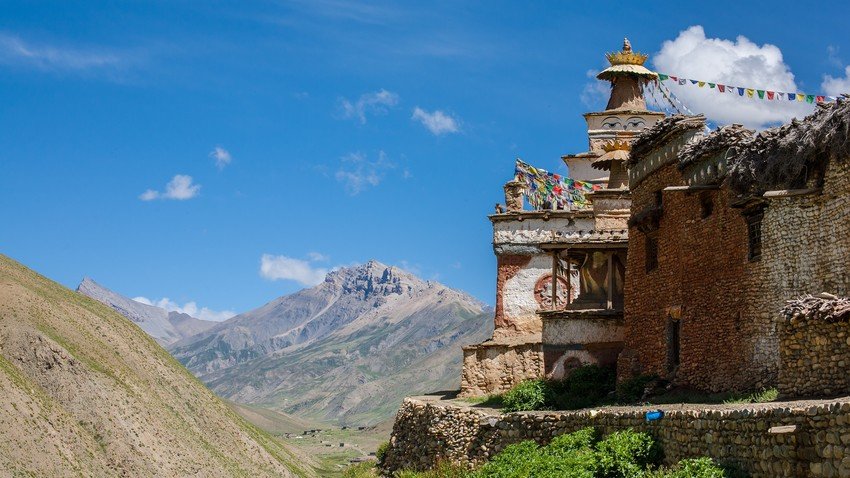 With a flight from Kathmandu to Juphal via Nepalgunj, the trek begins with the path going through the remote ethnic Bon settlements like Laina Odar and Nawarpani. The traverse through two high passes of the Numa La (5360m), the highest point of the trek, and the Baga La (5070m) makes the trek challenging. Both Passes present extraordinary views of Mount Dhaulagiri (8167m) and the Tibetan ranges of the Kugung La and the Khyung La. Caravans of yaks and sheep can be seen heading down the pass in large herds. The turquoise Phoksundo Lake is also a highlight of the trekking journey. The duration of Lower Dolpo Trek is about 18 days.

6. Simikot-Hilsa-Limi Circuit Camping Trek
A high, narrow mountain valley, Limi runs north-east to the south-west and is geographically connected to Tibet. Cut off from other parts of Nepal during winter, from mid-November to mid-April, the people of the Limi area have had little contact with the other parts of the country and very few people visit the area due to its remoteness. This makes the Simikot-Hilsa-Limi Circuit Camping Trek one of the off-the-beaten treks of Nepal. 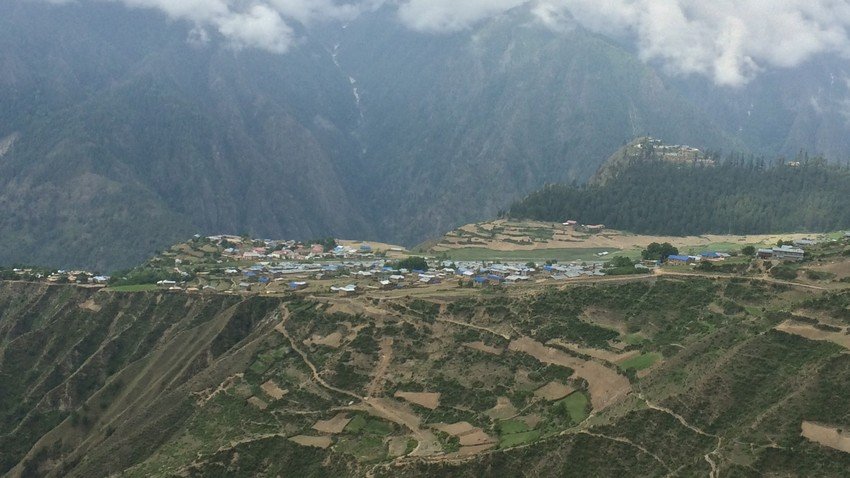 Very low rainfall and vegetation of the Limi valley presents similar terrains to the Trans-Himalayan regions. With its passes and dry, rugged terrain, presents a unique landscape compared to most of the forested areas elsewhere in the country; the habitat has been occupied by a different suite of avian species as a result. The trek begins with a flight to Nepalgunj followed by Simikot- the administrative headquarters of Humla District and the starting point of the trek. The trekking trail to Limi valley coruscates alongside the Karnali River, forwarding towards various destinations in Humla. The duration of the trek is about 20 days. It is a strenuous trekking journey best for the monsoon season. 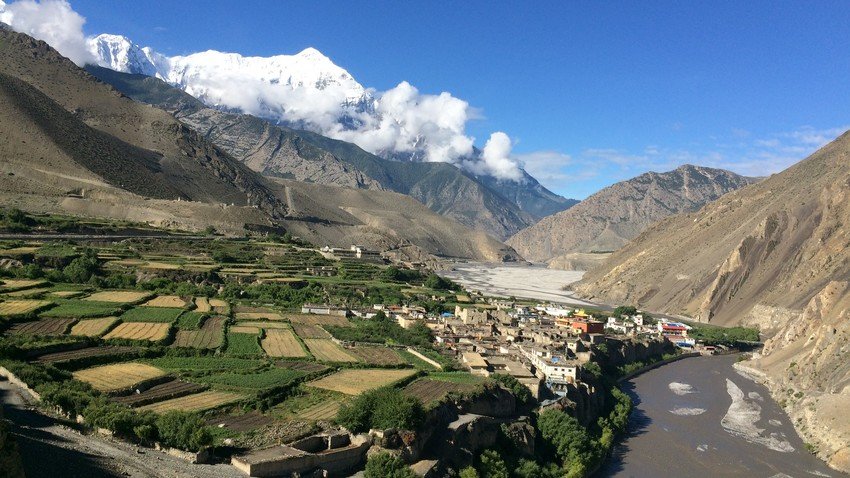 The trekking journey includes a visit to the Dhumba Lake situated in the foothills of the majestic Nilgiri Peak (7061m). The lake marks the start of the amazing journey. The trekking trail goes through the famous apple orchards of Marpha, where apples can be enjoyed served in many ways. Caravans of yak, horses, mules, and donkeys litter the trail and the ambiance of Buddhism is thick in the atmosphere, as there are a lot of monasteries, Chortens and Mani walls throughout the journey. The Muktinath Temple, a sacred shrine for both Hindus and Buddhists, is one of the highlights of the trek. Trekkers can take bath from the 108 stone spouts around the vicinity of the temple, which is believed to cleanse you of your sins and brings salvation to the soul. The trekking duration is about 10 days.