Some important monuments seen in this area are:

So, what to choose....you can choose 3 places for Kathmandu Valley Sightseeing.

The best options are as follows for full day sightseeing:

Note: Choosing your own tour places may change in the price due to entrance fees difference.

1. Kathmandu Durbar Square:
Kathmandus Durbar Square is one of three durbar (royal palace) squares in the Valley. It is the site of the Hanuman Dhoka Palace Complex, which was the royal nepalese residence until the 19th century and where important ceremonies, such as the coronation of the nepalese monarch, took place. The palace is decorated with elaborately-carved wooden window and panels. The same palace holds the King Tribhuwan Memorial and the Mahendra Museum. It is also possible to visit the State Rooms inside the palace. At the southern end of Durbar Square is one of the most curious attractions in Nepal, the Kumari Chowk. This gilded cage contains the Raj Kumari, a young girl, chosen through an ancient and mystical selection process, to become the human incarnation of the Hindu mother goddess, Durba. She is worshipped during religious festivals and makes public appearances at other times for a fee paid to her guards.

2. Bouddhanath Stupa:
The largest stupa in Nepal and revered by both Tibetan and Newar Buddhist. The Tibetans believe, that the stupa contains the bone relics of the past Buddha Kashyapa. The colossal and ancient stupa of Bouddhanath is 36 meter high. At the ground level there is a brick wall with 147 niches and 108 images of the meditational Buddha inset behind copper prayer wheels. Early morning and evening are the times to visit Bouddha to join the local residents in Khora (walking the pilgrim’s circuit, sometimes with Tibetan pilgrims on their hands and knees).

3. Swayambhunath(Monkey Temple):
Swayambhunath is one of the most glorious Buddhist stupa. It is said to be 2000 years old. Painted on the four sides of the spire’s base, are the ‘all seeing eyes’ of Lord Buddha, keeping an eternal watch on the valley distinguishing between vice and virtue. Swayambhunath is, perhaps, the best place to observe the religious harmony in Nepal. The stupa is among the most ancient in this part of the world and its worshippers are many diverse people like Newar nuns, Tibetan monks, Brahaman Priests and lay Buddhist and Hindus. Swayambhu is a major landmark of the valley and looks like a beacon below the Nagarjun hill. It provides an excellent view of the Kathmandu valley.

4. Pashupatinath:
Pashupatinath is one of the most sacred temples in the entire Hindu world. It is a sacred place where Hindus come(to die and) to be cremated. The temple of Pashupatinath is a large double roofed, gilt pagoda, decorated with brass, the gateway is plated with silver. There are images of Shiva along with other statues, shrines and temples dedicated to other deities in the complex. A circuit of the Pashupati area takes visitors past a sixth-century statue of the Buddha, an eight-century statue of Brahma the creator and numerous other temples. There are rows of Shiva shrines and Hindu pilgrims from all over south Asia offering ceremonies to worship Shiva, the Lord of Destruction. Entrance to the temple precinct is permitted to the Hindus only. However visitors can clearly see the temple and the activities performed in the temple premises from the eastern bank of the Bagmati River.

6. Bhaktapur Durbar Square:
Bhaktapur Durbar Square is a conglomeration of pagoda- and shikharastyle temples, grouped around a fiftyfive-window palace of bricks and wood. The square is one of the most charming places, as it highlights the ancient history of the kings, perched on top of stone monoliths. The guardian deities looking out from their sanctuaries, the wood carvings in every place; in struts, lintels, tympanums, gateways and windows, all seem to form a well orchestrated symphony.
The main items of interest in the Durbar Square are: Lion Gate, the statue of King Bhupatindra Malla, the Picture Gallery, the Golden Gate, the palaces of 55 windows, the Batsala temple and the bell of barking dog etc.

7. Kirtipur:
The small town of Kirtipur is 5km southwest of Kathmandu. In the past there were 12 gates of the town. Parts of the old city wall still preserved. There are some great views of Kathmandu and the mountains behind it. Kirtipur is on two hills. On the saddle between those hills is the holy Bagh Bhairab temple, where Hindus and Buddhists meet.

8. Buddhanilkantha:
About eight kilometers north of Kathmandu, at the base of Shivapuri hill, is a remarkable colossal statue of Lord Vishnu, reclining on a bed of snakes. This stone sculpture is from the Lichchhavi period, it’s a fifth-century statue. It is placed in the middle of a small pond and seems to float on the surface of the water. It is popular pilgrimage site for Hindus.

Important: In case of emergency during the trip, Helicopter will be arranged by Swiss  Family Treks & Expedition GmbH. The charges must be paid by the clients themselves.

Hiking Around the Hills of Kathmandu Valley, 4 Days.

from 545 USD / Days: 4 / Difficulty: 2 of 5 (Moderate)
Hiking around the hills of Kathmandu Valley is not just walk but an adventure and cultural experience! Champa Devi located to the south of Kathmandu city, is one of the best hill for hiking in Kathmandu Valley rim. Leaving the village and monasteries of Pharping, the trail makes way through the pine forest. Most of the walk is along the ridge that offers spectacular mountains views with a...

from 360 USD / Days: 4 / Difficulty: 2 of 5 (Moderate)
Combining the best of nature with some typical local life, gorgeous Himalayan views, captivating sunset and ethereal sunrise from Chisapani, this hike makes for an ideal vacation in a matter of two-three days. The trip starts with a short drive to Sundarijal, a popular hangout and busy picnic spot in the north of Kathmandu. Falling inside the boundaries of Shivapuri National Park, this is a place...

from 705 USD / Days: 6 / Difficulty: 2 of 5 (Moderate)
Kathmandu Valley Rim Trekking is a short trek around the Kathmandu Valley. Nagarkot boasts as a great viewpoint for the sunset and sunrise view over the mountains like Mt. Everest (8848m), Gaurishankar (7134m), Langtang (7227m), Dorje Lakpa (6966m) and many more. It is one of the most beautiful trekking routes offering with divine natural beauty, charming culture and lifestyle and panoramic...

from 440 USD / Days: 4 / Difficulty: 1 of 5 (Easy)
Nagarkot is a hilltop village located 32 km east of Kathmandu Valley passing the Bhaktapur City and at an elevation of 2195m high above the sea level. It is considered one of the most scenic view points in near the Kathmandu. It is renowned for its Sunrise and Sunset View of the Himalayas including Mount Everest, Langtang Range, Ganesh Himal, Ghaurisankar, Rolwaling Himal as well as other... 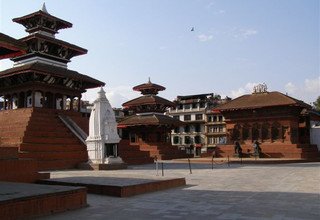 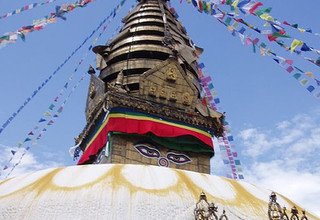 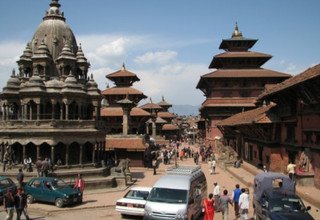 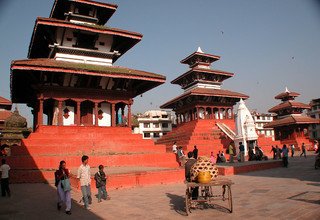 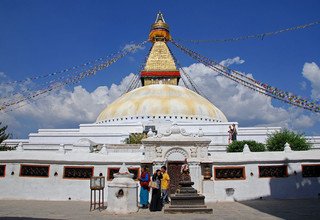 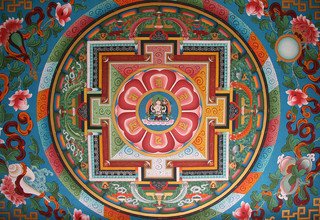 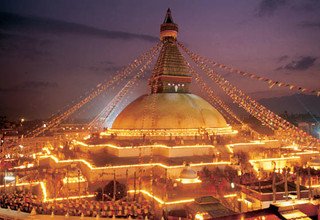 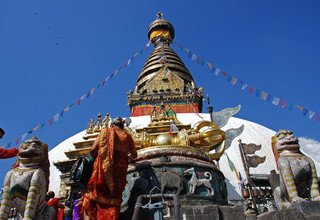 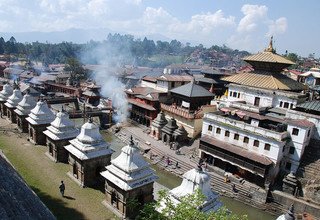 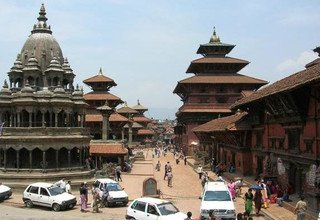 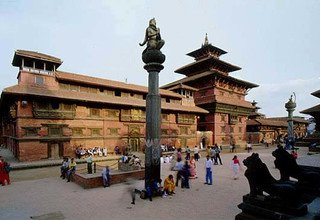 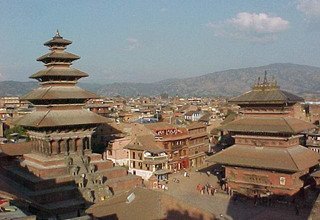 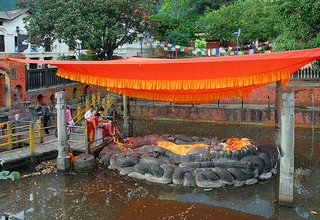