This is one of Nepal’s most varied and challenging treks, set in breathtaking high mountain scenery.  The extension to cross the Amphu Laptsa Pass adds significant interest to a climb of Mera Peak, enabling one to explore a remote mountain wilderness area, cross a dramatic pass, and make a circular loop back through the Sagarmatha National Park. Not wishing to take away from the excitement of climbing Mera, which is a challenging ascent to altitude offering breathtaking views, the crossing of the Amphu Lapcha is technically more demanding, and presents an exciting objective for adventurous trekkers. This trek is one of the beautiful and challenging pass in Nepal Amphu Lapcha Pass. This trek is very interesting and enjoyment for mountain lovers. Actually this route is Via Mera -La and cross the pass of Amphu Laptsa through Seto Pokhari and arrived in Everest region Chukkung behind island peak and in front of Ama Dablam. You may watch a lots of view of mountain such as Makalu, Ama dablam, Island Peak, Mera peak, Mount Everest, Lhotse, Nuptsche and many more. Amphu Lapcha Pass called mingbo la pass in Sherpa Language. The trek ends after beautiful village of Namche bazaar and Fly from Lukla to Kathmandu.

Mera Peak is situated in the Makalu Barun National Park on the edge of the Khumbu region.  At 6476m it is the highest of the Nepal Trekking Peaks, and commands one of the best viewpoints in Nepal; there are panoramic views taking in, among others, Everest, Lohtse, Nuptse, Makalu, Cho Oyo, Kanchenjunga, Ama Dablam, Chamlang and Baruntse. However, Mera is technically easy to climb, attainable by non-climbers who are fit and who have an out-going sense of adventure, who are able to meet the challenges of trekking to significant altitude in the presence of a competent guide, supported by a team of porters. Climbers will need to make use of crampons to make the ascent, will carry a long ice axe for support, and will be roped to a guide across the glacier on summit day.  First time users of these aids will be given instruction on their use below base camp. The ascent from the Mera La is gradual and sustained, before reaching a short, but straightforward climb up a 40 degree slope to Mera’s central summit.  Note that the slightly higher North Summit is presently heavily crevassed and expeditions currently head for the Central Summit nearby (6461m).

Honku Valley and the Amphu Lapcha Pass whereas most climbers who’ve climbed Mera retrace their steps back down the Inkhu valley, those proceeding to Amphu Lapcha (also referred to as the Amphu Labtsa) drop down into the uninhabited Honggu valley lying to the east. The upper Honggu is a true mountain wilderness where you are unlikely to meet many other trekkers, and the character of the terrain is markedly different to the Mera approach route.  The valley is high and open, fringed with broad moraines and sharp white peaks, making this a place of bright light and changing color, and a wonderful place to camp.  You’ll pass gleaming glacial lakes, and gain excellent views of Chamlang (7321m) and Baruntse (7220m). The precipitous crest of the Amphu Lapcha has to be one of the most dramatic crossings in the Himalaya — having ascended with the protection of fixed ropes over straightforward icefall, you emerge onto an airy promontory, with the ground simply sweeping away from your feet into the deep Imja Khola Valley — the vast wall of Lhotse, with Everest peaking over its left shoulder rears up on the opposite side, dwarfing the apparently diminutive Island Peak in the foreground. The descent requires a short abseil to a broad snow terrace.  Although the pass is at a lower altitude than Mera Peak, it is trickier owing to steepness.  However, as for Mera, non-climbers who are fit with an out-going sense of adventure can make this crossing easily. Once over the Amphu Laptsa, you enter the Sagarmatha National Park and the whole character of the terrain changes again.  Your return to Lukla is via the Imja Khola and Dudh Koshi river valleys, along which the standard approach to Everest is made. You’ll enjoy classic views of the west side of Ama Dablam (6856m), and pass through interesting settlements such as Tengboche, which has a prominent monastery, and Namche Bazaar, which has an addictive buzz of excitement, whether heading up or heading down.

Facts of the Climbing

Our Trekking and Climbing Cost doesn't include:
* Any meals (Lunch and Dinner) in Kathmandu other than breakfast.
* Travel insurance.
* International air fare to and from Nepal.
* Nepal Tourist Visa fees.
* Items and expenses of personal nature.
* Any kind of alcoholic drinks, cold drinks, snacks, laundry, phone call, internet.
* Personal Trekking Equipment.
* Personal Climbing Equipment (Climbing Boot, Harness, Crampons, Ice Axe, Ascender/Descender, Carabiners Lock/Unlock, Tape Slings, Prusik loops/rope, Climbing helmet).
* Emergency Evacuation (Helicopter Rescue).
* Any costs which arise due to a change of the itinerary, because of landslides, domestic flight delays, political disturbance, and strikes etc.
* Any other costs whatsoever, that is not mentioned in the cost included.
* Horse renting and additional porters due to natural calamities during the trek.
* Tips for guide, porters, driver... 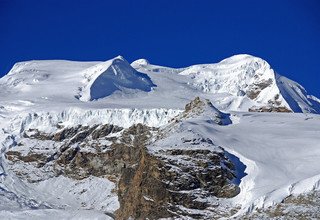 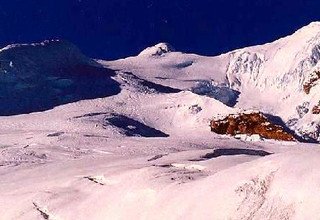 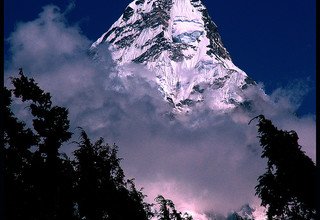 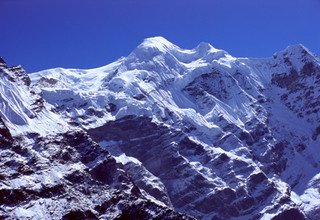 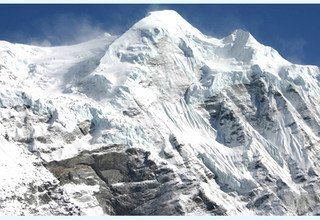 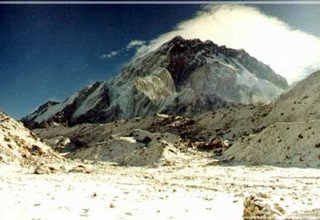 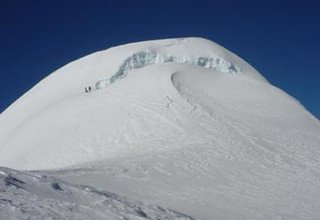 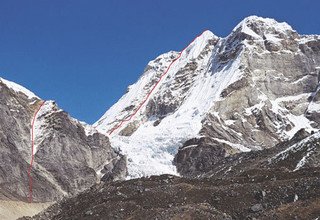 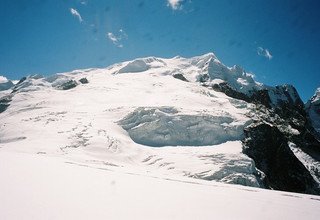 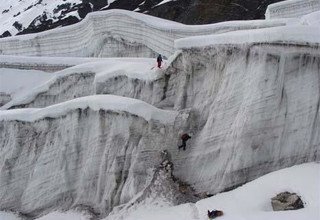 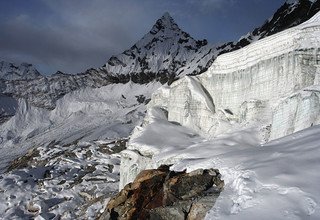