If you are planning to visit Nepal, you will first arrive in Kathmandu through the only international airport located here. So, while you are here, do not miss to explore the seven beautiful world heritage sites.

Kathmandu Durbar Square
Situated in the heart of Kathmandu, Kathmandu Durbar Square is the historic palace of the former Malla kings, which was later passed to the Shahs. The Royal family resided here until 1896. After that, the site was used for important rituals and ceremonies such as crowning kings and more.

While exploring the site, you can delve into history through the museums. Inside these museums, you can find artifacts that display the culture, religion, customs, and traditions, along with the architecture of the historic Kathmandu. Just a few meters ahead of the Durbar, you will find the most happening marketplace of Kathmandu- Ason. Filled with shops ranging from crafts, clothes, food to hundreds of more items, browsing through this market is a must!

People of Bhaktapur were once known as the best craftsmen of Nepal. You can find various pottery and statue shops within the durbar square premises. Like Kathmandu Durbar square, there are many historical temples, statues, and the palaces that display the medieval history of Nepal. Some of the most popular sites to see here are the statue of King Bhupatindra, Naytapola Temple, fifty-five windowed Malla palace, the famous Bhaktapur art gallery, etc.

The wooden carvings and the sophisticated architecture of the temples and palaces are surely a fascinating sight to see in Bhaktapur Durbar Square. While you are here, do not forget to try Juju Dhau, which translates to “king of yogurt.” 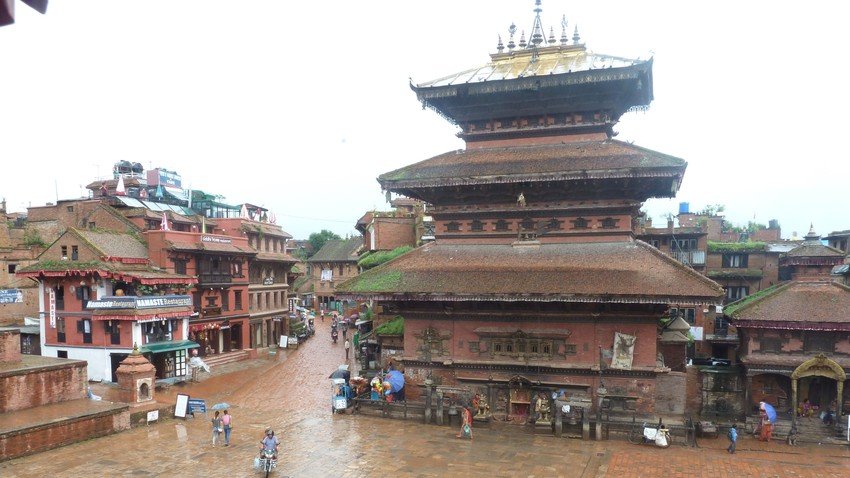 Patan Durbar Square
Lying towards the south of Kathmandu is Lalitpur, the third city within Kathmandu Valley. Separated by the Bagmati River, the city is the oldest among the three cities of Kathmandu valley. Where lies the gorgeous Patan Durbar square. The premise of the durbar square is bounded by four stupas built by Emperor Ashoka during the 3rd century BC.

Founded by the Kirat dynasty during the 3rd century, the town of Patan was taken over and remodeled into perfection during the Lichhavi period. After that, the Malla kings ruled the town until the Shahs replaced them. Similar to the two other durbar squares, you can find temples, palaces, and courtyards all over the area.

Patan is also one of the historic Newari towns in Nepal. Admire the rich culture of the Newar from their intricate architectures and carvings that are displayed on almost every structure around the durbar square.

Swayambhunath
Towards the west of Kathmandu, you can find one of the biggest stupas in Nepal- Swayambhunath. According to ancient myths, the hill where Swayambhunath lies was an island thousands of years ago. King Mandeva later built a stupa here in 460 A.D. After years of existence, King Pratap Malla in the 17th century finally enhanced the entire structure with intricate architecture and changed it to what it is today.

The stupa is in the shape of a hemisphere made of brick and clay. On its top is a spire-capped by a pinnacle of copper gilt. The base above the hemisphere has Lord Buddha’s eyes painted on all four sides. The Swayambhunath stupa is one of the most important religious sites for Buddhists.

Around the dome are temples of various gods and several monasteries. You can see hundreds of pilgrims circling the stupa to complete their religious deeds. Swayambhunath is also known as the monkey temple, as you can find many monkeys playing around the stupa’s premise. To visit the stupa, you have to ascend a flight of stairs. The stupa is located at the top of the hill and offers marvelous views of the Kathmandu Valley.

Boudhanath
Yet another iconic stupa of Nepal is the Boudhanath stupa. This is one of the most important sites for followers of Tibetan Buddhism. Situated towards the east of Kathmandu, the stupa is believed to have been built by the Lichhavi King Mandeva in the 5th century A.D. various captivating myths are adorning the making of the stupa.

This ancient structure is one of the world’s biggest stupas. The structure of the Boudhanath is somewhat similar to that of Swayambhunath but bigger. The base has been built on a stepped octagonal shape. The alcoves on the base represent Buddha’s teachings.

You can find spinning prayer wheels carved with Tibetan scriptures around the circumference of the stupa. Numerous prayer flags are tied from the top of the stupa to its base. For Buddhist followers, this stupa resembles an immensely important site. But if you are foreign to the religion, the beauty of the structure will surely captivate you.

You can engage in the act of circling the Stupa 7 times as a religious deed, also known as “Kora.” Many Buddhist followers and monks do their Kora regularly. The atmosphere is enhanced with monks chanting and religious music playing in the shops around the Stupa. 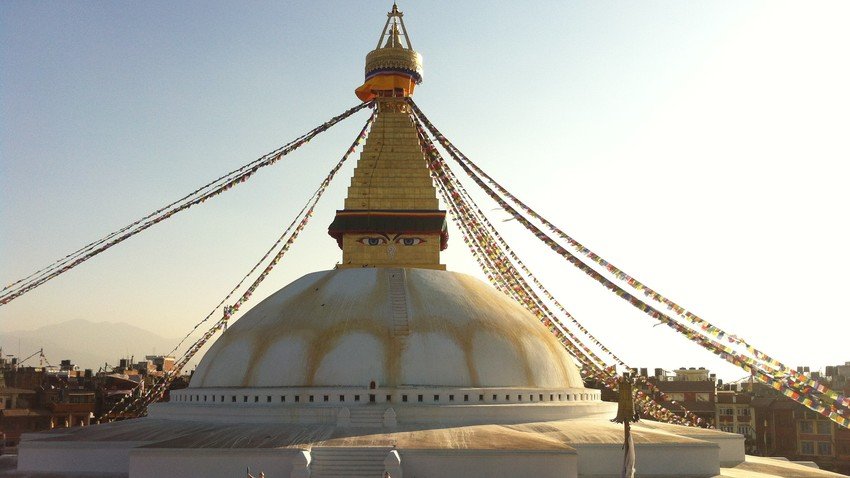 Pashupatinath temple occupies a huge area with numerous temples, parks, and a cremation zone. The Pashupatinath temple has a Pagoda-styled structure with two tiers. Non-Hindus are not allowed to enter the main temple. Cremation ceremonies take place on the raised platforms along the Bagmati River.

One of the most amusing times to visit this temple is during Shivaratri, which translates to “the night of Shiva.” Hindu devotees from all over the world pay a visit to the temple on this day. The entire road surrounding Pashupatinath is closed off to make space for the devotees.

Changunarayan
A little further away from Kathmandu city towards Bhaktapur lies the two-tiered pagoda-style Changunarayan temple. This temple is dedicated to Lord Vishnu, who is also called Narayan. The temple lies near Changu, hence the name, Changunarayan.

According to ancient history, the temple was established in 464 A.D and is known to be the oldest temple in the Kathmandu valley. Various stone inscriptions and scriptures also indicate the validity of this date. In the temple, you can find sculptures of Vishnu’s ten incarnations.

Around its vicinity, are some more iconic temples such as the temple of Kileswar Shiva and the temple of Chinnamasta Devi. The mesmerizing architecture of the temples, along with the intricate carvings and scriptures, offer a great deal of amusement.

While you are in Kathmandu, you can either go traveling around these sites yourself or participate in organized tours through tour operators. To travel by yourself, you can hire a private vehicle or travel on public vehicles. You will also need a map to navigate around the sites.

On the other hand, there are various tour plans that take you around these sites with all services organized for you. Such popular tours are Kathmandu city tour, Kathmandu valley UNESCO world heritage site tour, Nagarkot Sunrise tour, etc. You can participate in these tours with your family, friends, or even alone.

Experienced guides accompany you during these trips. This allows you to know more about the site and its surrounding areas. As all entry fees and permits are organized by the tour operators, you don’t have to meddle with such hassle.

Conclusion
If you are planning on visiting Nepal, you will surely stay in Kathmandu for a day or two. When you are here, you should visit the various world heritage sites in the valley. Not only are these sites abundant with beauty, but they also offer a unique experience of the rich culture and heritage of the Nepalese society.