Lhasa is the capital city of Tibet Autonomous Region and has long been the center of politics, economy, culture and religion in Tibet. Lhasa means "holy land" in Tibetan language. Lhasa is one of the highest cities in the world. It is the birthplace of Tibetan Buddhism and contains many religious sites such as the Jokhang, Potala and Norbulingka palaces. The name Potala is possibly derived from Mount Potalaka, the mythological abode of Bodhisattva Avalokitesvara. The Jokhang Temple was also greatly expanded around this time. Although some wooden carvings and lintels of the Jokhang Temple date to the 7th century, the oldest of Lhasa's extant buildings, such as within the Potala Palace, the Jokhang and some of the monasteries and properties in the Old Quarter date to this second flowering in Lhasa's history. The Norbulingka summer palace and gardens to the southwest of the city were constructed in the 18th century under the 7th Dalai Lama. The 11th edition of Encyclopedia Britannica published between 1910—1911 noted the total population of Lhasa, including the lamas in the city and vicinity was about 30,000; a census in 1854 made the figure 42,000, but it is known to have greatly decreased since. Britannica noted that within Lhasa, there were about a total of 1,500 resident Tibetan laymen and about 5,500 Tibetan women. The permanent population also included Chinese families (about 2,000). The city's residents included people from Nepal and Ladak (about 800), and a few from Bhutan, Mongolia and other places. The Britannica noted with interest that the Chinese had a crowded burial-ground at Lhasa, tended carefully after their manner and that the Nepalese supplied mechanics and metal-workers at that time. The main gate to the city of Lhasa used to run through a large chorten and contained holy relics of the Buddha Mindukpa. With the invasion of China many people fled from the city; these included the living 14th Dalai Lama who fled from the Potala Palace into exile in India in 1959 after the Lhasa uprising. Between 1987—1989 Lhasa experienced major demonstrations, led by monks and nuns, against the Chinese Government's control of Tibet. As a result, the authorities imposed restrictions and political re-education programs in the monasteries. Many had to go through re-education sessions with the intent of having them align with the Communist views; they were also required to denounce both the Dalai Lama and Tibetan independence. Many monks and nuns who refused to cooperate were sent to prison, while others left the monasteries and escaped to India so that they could carry on with their studies.


Itinerary in detail
Day 01: Arrival in Kathmandu and meet our staff at the airport and transfer to Hotel.
Welcome drink and short briefing about tour in Kathmandu, relax.

Day 02: Full Day Sightseeing Tour of the World Heritage Sites,
Our tour guide introduces you to the world heritage sites such as Bouddhanath, Pasupatinath, Swayambhunath and Kathmandu Durbar Square by private vehicle. Stay overnight in Hotel.

Day 03: Fly from Kathmandu to Lhasa,
Transfer to the airport for scenic flight to Lhasa on China Southwest Airlines. This is one hour Trans Himalayan Flights will give you an opportunity to have an aerial and majestic view of the Mt. Everest and other high Himalayas ranges. After arrival at Gonggar airport, our English Speaking Tibetan Guide will receive you and transfer to Lhasa city on private coach which takes about 1/2 hours driving for 90 kilometers. Stay overnight in Hotel.

Day 04: Sightseeing Trip in Lhasa City (Potala Palace, Jokhang Temple and Bharkhor)
Today is the first day of sightseeing starts from famous Potala Palace, a structure of massive portions. It takes about 2-3 hours to visit all places and chapels. In the afternoon, we will visit Jokhang Temple, Which is the spiritual center of Tibet. Every day, pilgrims from every corner of Tibet trek a long distance to the temple. The temple is the product of Han, Tibetan and Nepalese architectural techniques. After that we visit Bharkhor, the oldest street in a very traditional city in Tibet. Stay overnight in Hotel.

Day 05: Sightseeing Trip in Lhasa City (Drepung Monastery, Norbulingka).
About 10 kilometers west of central Lhasa is the Drepung, once world's largest monastery with about 10,000 monks. Today's sightseeing begins with these white monastic buildings piled up on the hillside. From the roof of hillside, you can have very good views of the whole Lhasa city and the distant mountains. After returning to the city for lunch we will go to the Norbulinka, the former summer palace of the Dalai Lama. Surrounded by a lush green garden, it's a favorite place for Tibetan people to celebrate their festivals. Stay overnight in Hotel.

Day 06: Sightseeing Trip in Lhasa City (Sera Monastery and inside city)
The morning is free to relax or to explore the small alleys in the old Tibetan part of Lhasa. In the afternoon, we will visit Sera monastery, 5km outside Lhasa, where we can watch the monks debating. They do this in a very special way by making all kinds of gestures with their hands and arms. Stay overnight in Hotel.

Day 07: Drive from Lhasa to Namtso Lake and back to Lhasa
This day, we drive to Namtso Lake which takes about 4 hours to reach and visit this very beautiful Lake. Namtso Lake, situated in the nomadic county of Damshung, is one of the highest and spectacularly beautiful lakes in Tibet. It is also the highest altitude salt water lake in the world. The water here is crystal-clear blue. Clear skies join the surface of the lake in the distance, creating an amazing view. Namtso Lake's touching beauty should not be missed by any traveler who visits Tibet. Its purity and solemn ness are symbols of Qinghai-Tibet Plateau. In Tibetan, Namtso means 'Heavenly Lake.' It is considered one of the three holy lakes in Tibet. Namtso is famous for its high altitude 4720 meters, vast area 1961 square kilometers and beautiful scenery. Then we drive back to Lhasa  about 4 hours and transfer to Hotel.

Day 08: Fly back Lhasa to Kathmandu
This is the last day of our tour and we have to get up very early for our transfer to Gonggar airport to fly back to Kathmandu. We will arrive Kathmandu airport in the morning because of the 2 hours and 15 minutes time difference with Tibet. Of course we enjoy the spectacular views again while we fly over the Himalayan range. After arrive in Kathmandu airport, transfer to the Hotel in Kathmandu on private car. Stay overnight in Hotel.

Day 10:  After breakfast transfer to international Airport for final departure.

Our Tour Package Includes:
* Airport / Hotel / Airport pick up & transfer by car / Van.
* 4 Nights accommodation with breakfast at Standard hotel in Kathmandu.
* Kathmandu city tour as per the above itinerary.
* 4 Nights accommodation during the Tibet Tour (Guesthouse).
* All Sightseeing Trip in Tibet and entry fees.
* A local English speaking guide for the Kailash Khora.
* Meals (Bed and breakfast) during the Tibet Tour.
* Flight ticket from Kathmandu-Lhasa-Kathmandu.
* All transportation in Nepal and Tibet Tour.
* Tibet Travel Permit and all necessary permits.
* Tourist service charge, Vat.
* Office Service charge.
* Tour Guide for sightseeing trip in Kathmandu and his insurance and salary.

Doesn't include:
* Any meals in Kathmandu other than breakfast.
* Lunch and Dinner during the Tibet Tour.
* Photographic charges in the monasteries.
* Travel insurance.
* International air fare to and from Nepal.
* Nepal Tourist Visa fees and Nepal re-entry Visa.
* Emergency Evacuation (Helicopter Rescue).
* Any costs which arise due to a change of the itinerary, because of landslides,
political disturbance, and strikes etc.
* Any other costs whatsoever, that is not mentioned in the cost included.
* Items and expenses of personal nature.
* Any kind of alcoholic drinks, cold drinks, snacks, laundry, phone call, internet.
* Personal Trekking Equipments.
* Tips for guide, porters, driver...


Tipping is expected but it is not mandatory.


Note: The package can be redesigned or redeveloped as per your taste. For more information please e-mail us at snftnepal@yahoo.de

Important: In case of emergency during the trip, Helicopter will be arranged by Swiss  Family Treks & Expedition (P) Ltd. The charges must be paid by the clients themselves.


Jetzt Buchen Schnellanfrage
* Dates can be flexible, please contact us for individual dates. 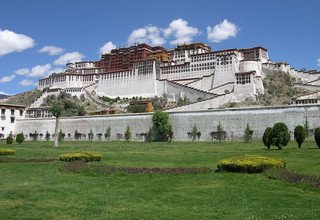 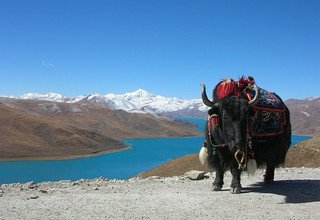 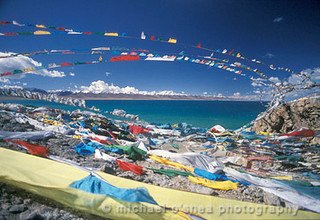 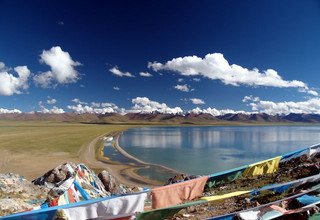 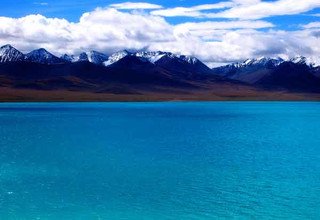